Preparing for the future

London Southend Airport is committed to minimising its impact on the environment, protecting air quality, and delivering social benefits to the community around it. The airport is currently engaged in a major project to measure its current impacts and identify new ways of improving further. However, the airport already has a significant number of initiatives in place, which are described in this section of our web site.

We aim to maintain clean, healthy air for communities at our airports and operations. We carefully monitor our impacts and work with our partners and local communities to ensure our growth doesn’t reduce air quality for residents.

We have been measuring levels of N02 since 2011. The results show that air quality around the airport has been improving year on year during that period. Air quality at our airport is 20.00μg/m3 - 28.85μg/m3, compared the 40 μg/m3 Government limit value. The air quality at the airport is also approximately 50% better than at key comparison points within Southend and Rochford. This is in part because over 40% of our passengers arrive or depart by train.

London Southend Airport is also working with airlines that put environmental responsibility at the very core of their strategy. For example, Wizz Air continuously operates at the lowest CO2 emissions per passenger/km of all major European airlines. Ryanair also has some of the lowest carbon emissions of any major EU airline at just 66 grams of CO₂ per passenger km. And the A320neo, operated by easyJet at London Southend is widely recognised as a “game changer” from an environmental point of view, as a result of its high fuel efficiency and low noise contour. 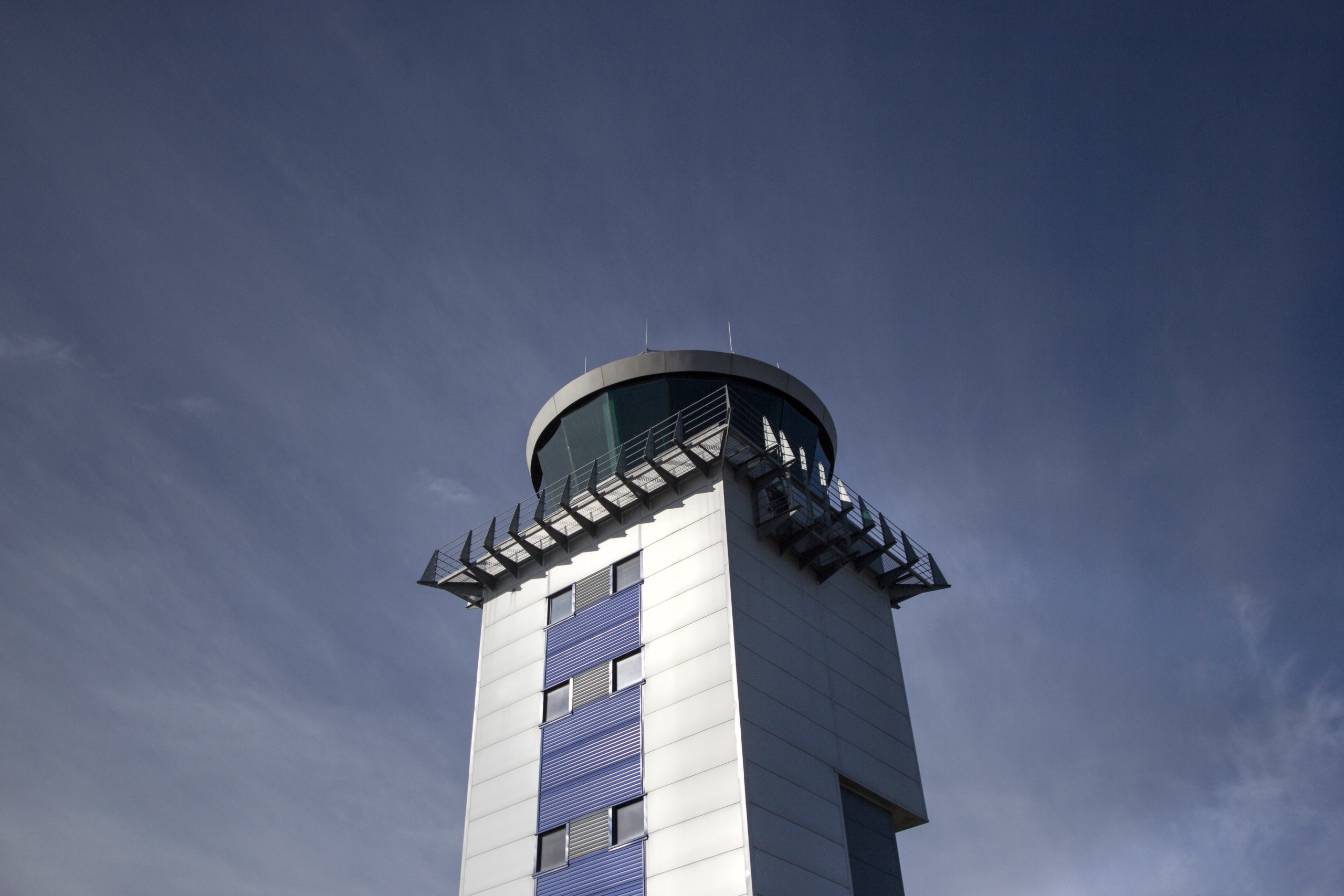 Sustainable energy consumption is core to the operation of an airport. London Southend Airport is committed to improving energy management practices and reducing associated greenhouse gases.

Carbon reduction has been considered throughout the design and implementation of a number of the development projects across the airfield, including the new control tower, rail station and terminal building. London Southend Airport invested in a new rail station on the Southend Victoria to London Liverpool Street line to provide an excellent sustainable transport option for passengers. The rail station is just 100 paces from the passenger terminal.

The Airport terminal achieved a BREEAM (Building Research Establishment Environmental Assessment Methodology) “Very Good” certification. London Southend Airport introduced a number of features into the terminal design. Air source heat pumps absorb heat from the outside air and then use it to warm the interior of the building. 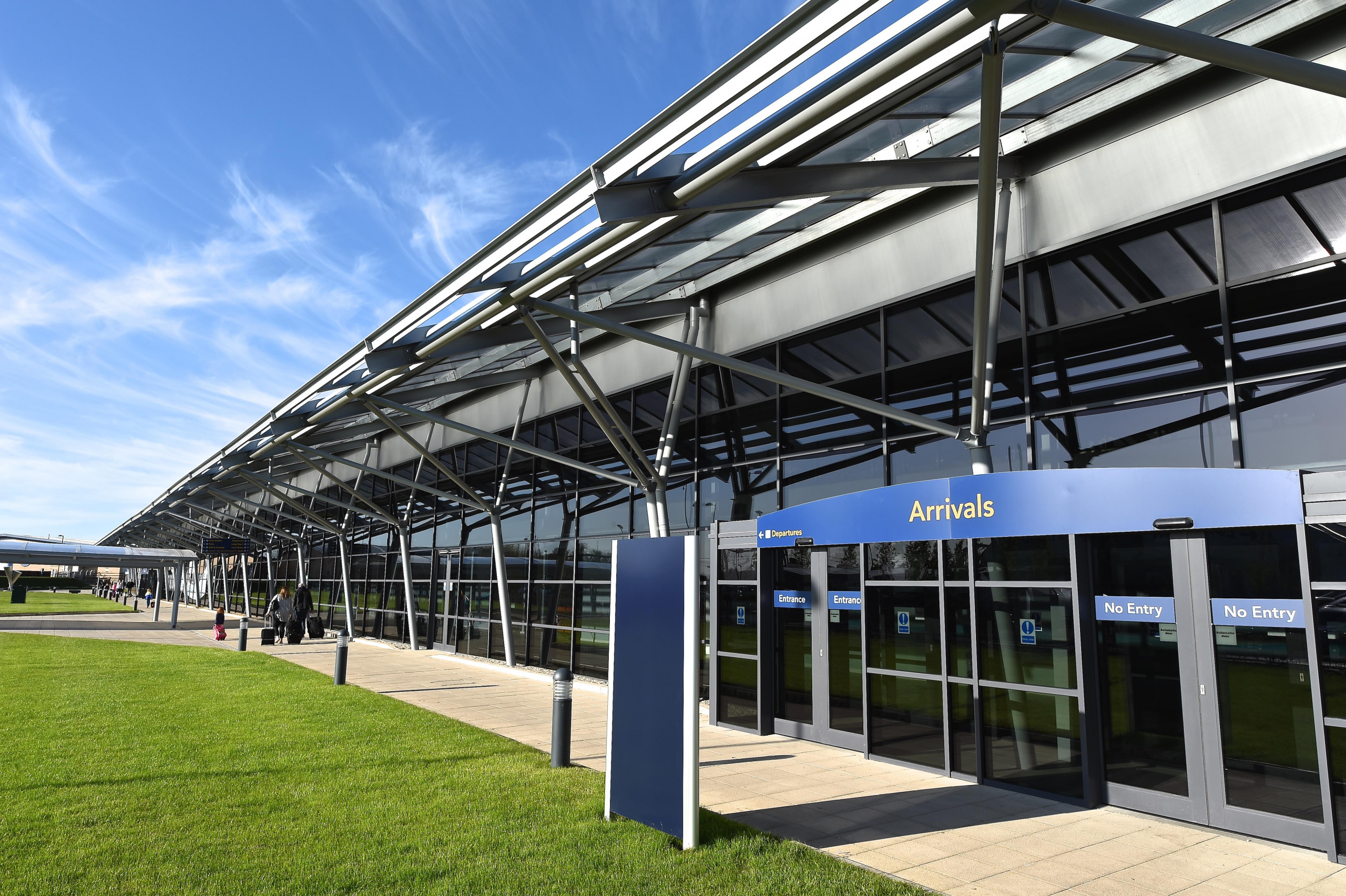 Almost 20% of the airport’s electricity comes from renewable sources. A £2 million solar farm at London Southend Airport was officially registered with OfGEM on 31 December 2015. The array supports London Southend Airport’s objectives of reducing its carbon footprint and the electricity required from the national grid network. It connects to the airport’s electrical ring main, supplying approximately 18% of the airport’s annual electricity requirements with the capability for limited power being exported to the national grid. 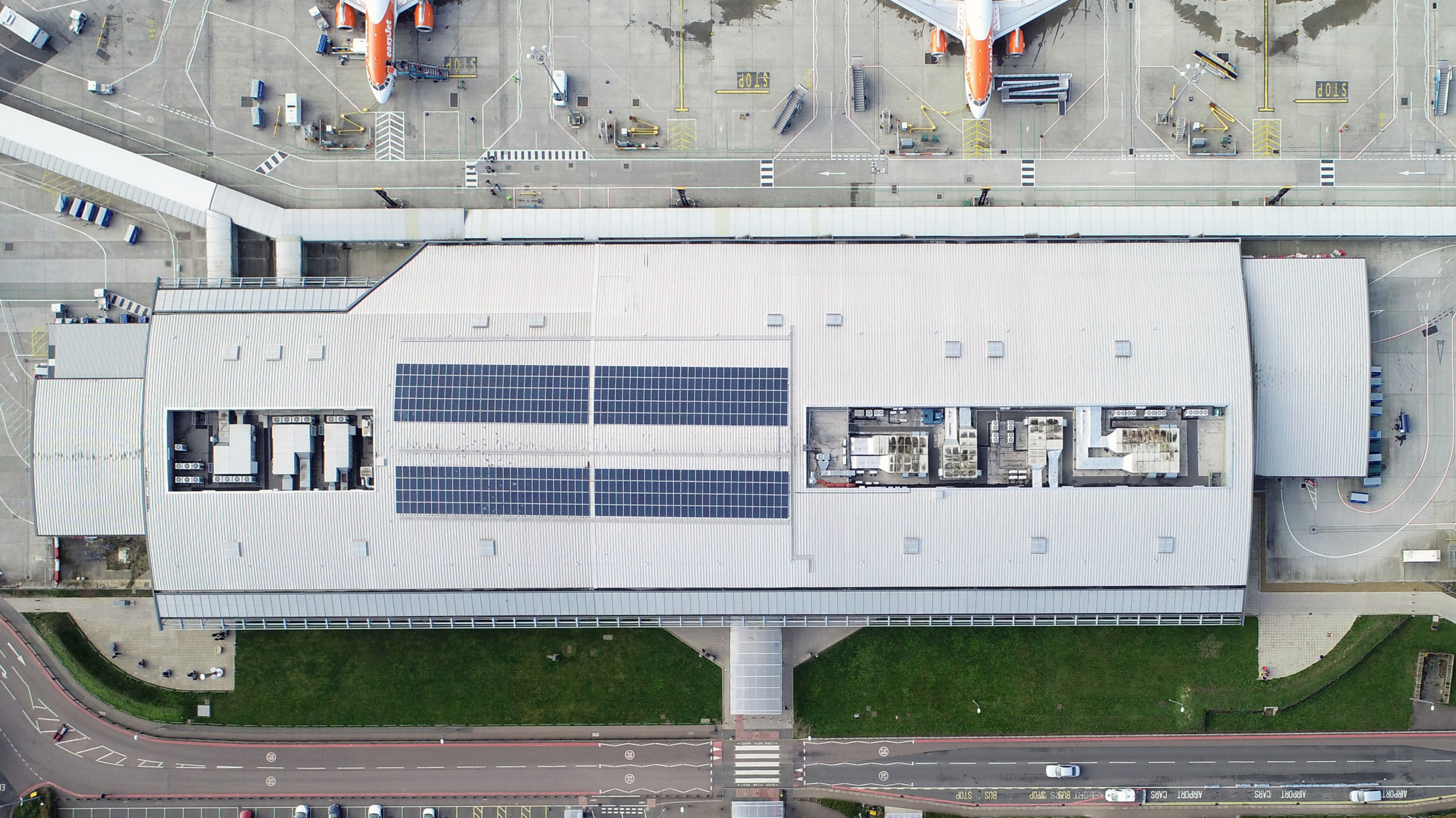 London Southend Airport is working alongside its waste contractor TLM to further understand how more waste can be recycled. In April, GG Compactors installed the first cardboard baler to enable the airport to bale its cardboard onsite.

The airport currently fills five ten-yard FELs with cardboard on a weekly basis. This is then picked up by the waste company for recycling. The baler allows the airport to process large quantities of cardboard, reducing the need for landfill use.

TLM also pick up all the airport’s newspapers, confidential waste, used magazines, menu cards, leaflets from based aircraft and paper waste from airport departments monthly. This is then shredded and reused. TLM started undertaking this commitment in September 2018. This has subsequently led to a reduction of 23.5 tonnes of recyclable material going into our compactor.

London Southend Airport also recycles glass from our concessions, departments and airlines. The cleaning teams work hard to guarantee as much glass as possible is segregated from the general waste and placed in onsite recycle bins.

London, Southend Airport has only contracted locally based waste companies that send zero waste to landfill. All waste collected from the airport site is currently taken to a recycling facility in Basildon where materials such as wood, plastics, cans and polystyrene are extracted.

As part of a project to reduce plastic waste, as of March 2018, straws have only been available upon request in the departure lounge, Navigator, Giraffe, Bourgee and Costa Further incentives are being considered to reduce plastic cutlery. In addition to this, London Southend Airport has introduced reusable drinking bottles for all staff members.

London Southend Airport has two 60,000 litre underground water reservoirs that hold rainwater collected from the terminal roof for use on site. The harvested water is fed through a series of filters in a Stormsaver rainwater recovery system and used for toilet flushing. 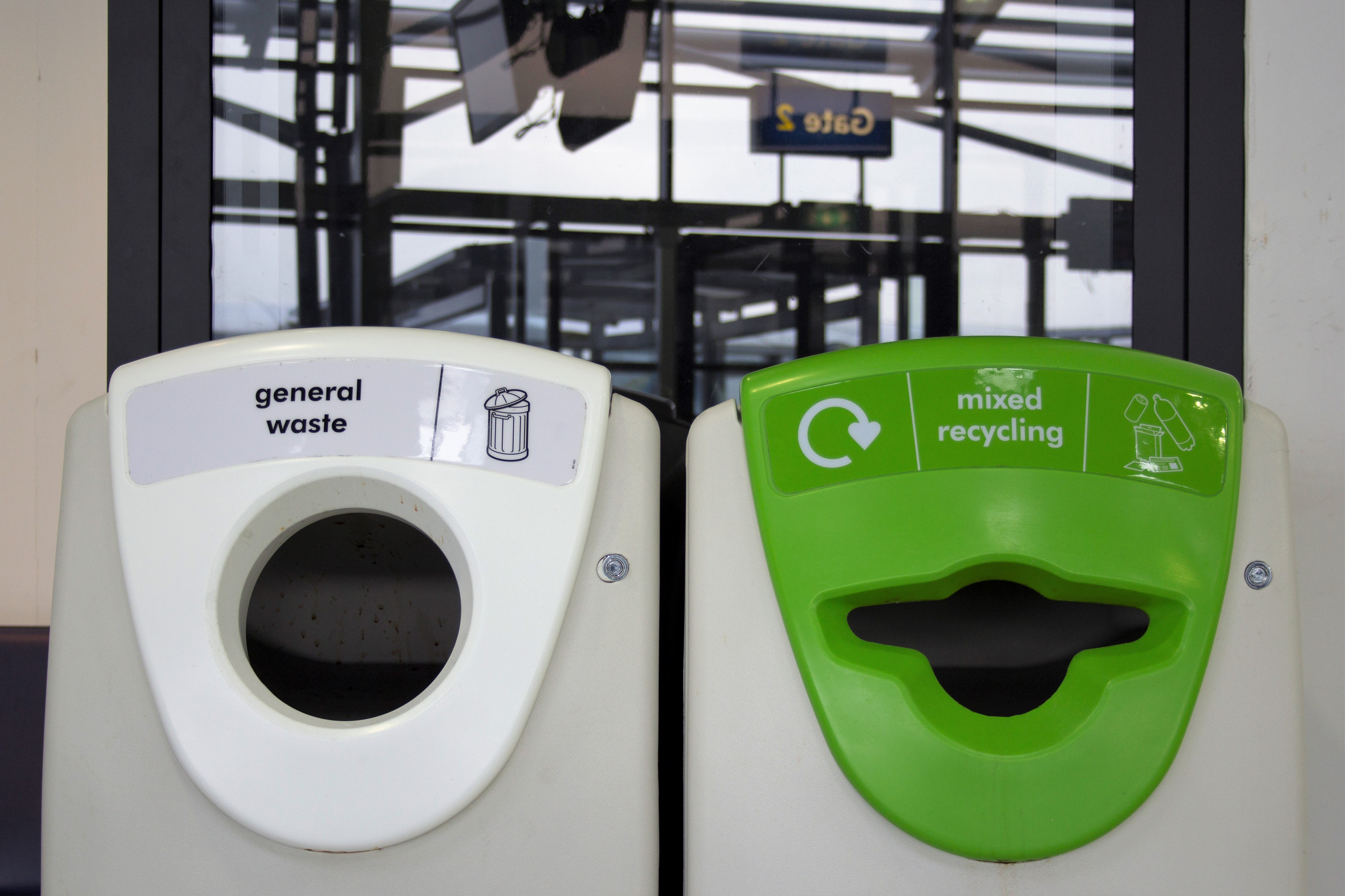 London Southend Airport applies sustainable principles to the procurement of goods and services, paying particular attention to the following:

In September 2011 London Southend Airport completed a new link road between Eastwoodbury Crescent and Nestuda Way which allowed for the closure of Eastwoodbury Lane to make way for the runway extension.

The new route was carefully chosen and designed to minimise impact on St Laurence Park. A new children’s play area was constructed, including £800k of state-of-the-art play equipment, and a new wildflower meadow was created. The park is now over a hectare larger than before. Over the past seven years the new planting has become established, the wildlife has flourished, and many local children now enjoy a safer environment with a better equipped play area.

The area to the north of the terminal extension was seeded with a wildflower meadow mix to increase the ecological value of the site and encourage insects such as bees. 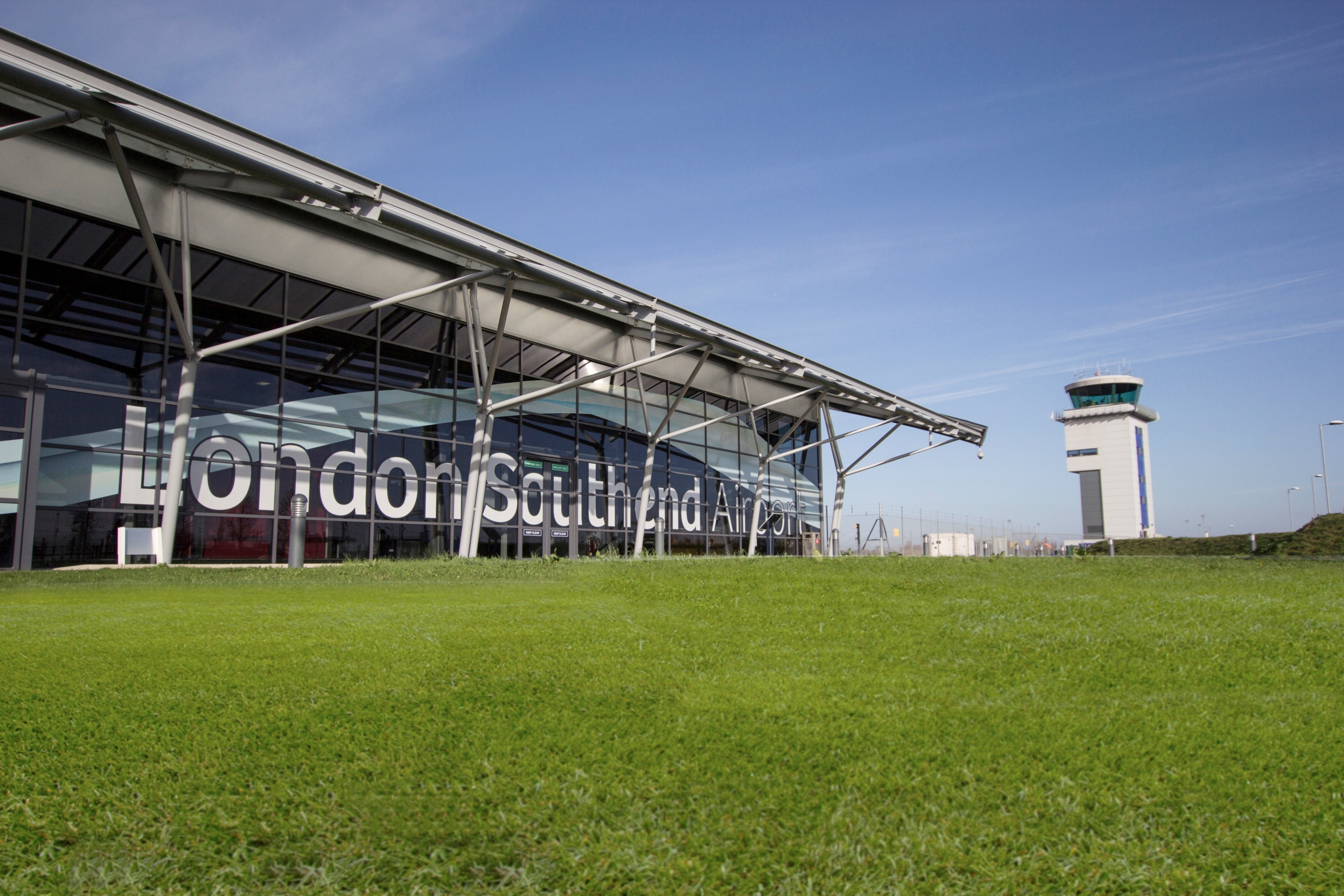 London Southend Airport employs a number of humane measures to deter wildlife from gathering on or near the runway. We use kites in the shape of birds of prey to scare birds away, employ acoustic distress bird calls, tailored to the bird species; and trained wildlife officers utilising high and low detonating bird scaring cartridges.

London Southend Airport employs 78% of its workforce locally (i.e. SS post code). 15% were from the wider Essex area and only 7% were from outside of Essex. To ensure a high percentage of jobs are accessible to local people, the airport actively looks to offer a significant amount of development and entry level as well as graduate opportunities where possible. All new staff are offered training which varies based on their role and experience. London Southend Airport invests heavily in staff training and development with all operational staff receiving between two and ten weeks of initial training supported by an on-going development programme. All the customer facing roles receive training in customer service excellence during their induction with the company.

London Southend Airport invested over 30,000 hours of training in its team in 2019, which includes, classroom, online and on the job training. 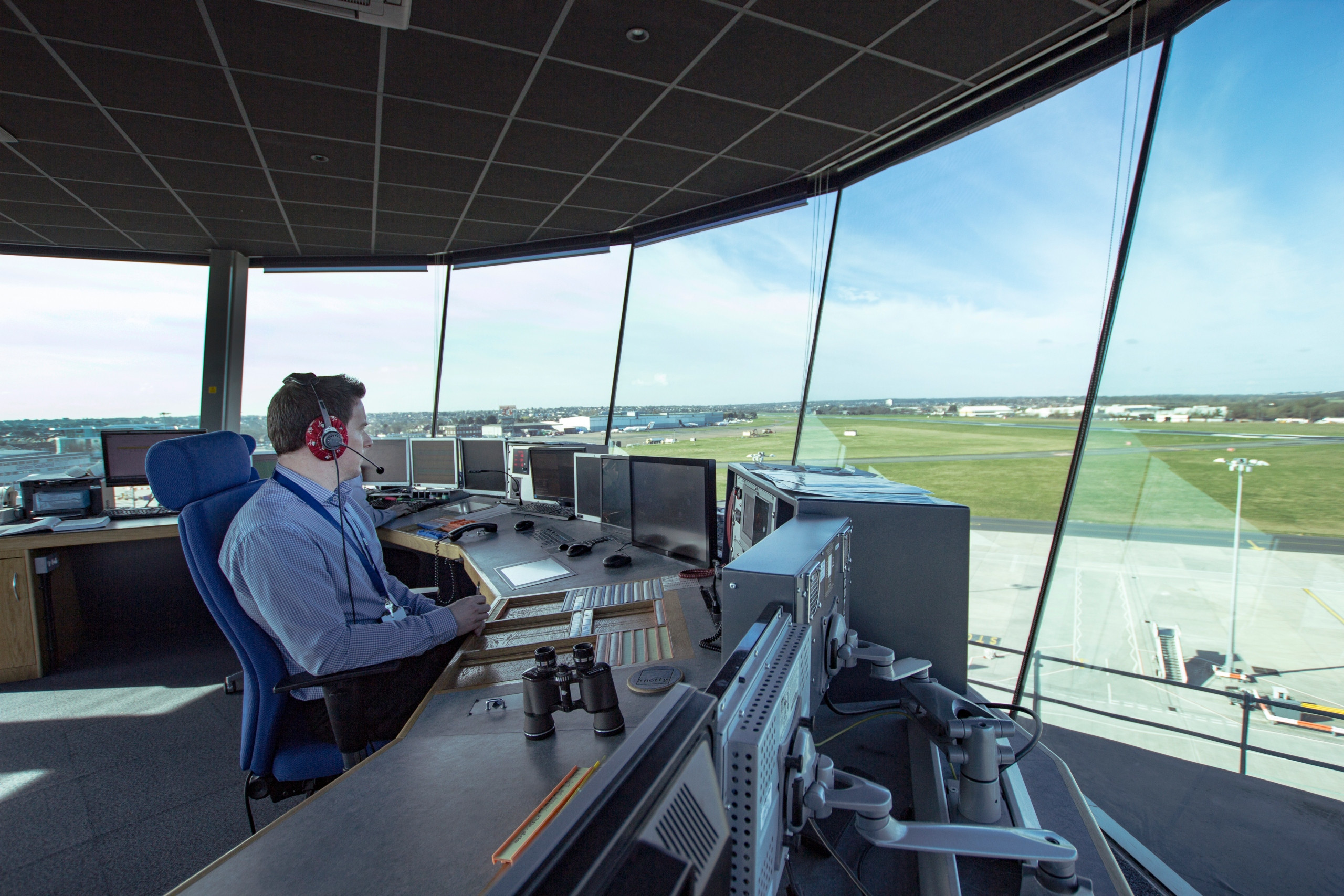 We sensitively manage noise from our operations to balance operational requirements with the needs of local communities. We are working to reduce the number of people impacted by noise and to contain noise impacts to an acceptable minimum.

The aircraft that are used for our night-time logistics operation are B737-400s, which are similar to the aircraft used by major airlines such as British Airways and Ryanair. However, we are aware that they seem noisier because there is less ambient noise at night-time. Currently, 29% of our night-time operations (which consist of two arrivals and one departure) fly over Leigh. We are continuously looking at ways to reduce the impact. Those flights over Leigh are largely due to wind direction as well as wider safety considerations. All aircraft operate within the established night noise limits and all movements are within the night quota. 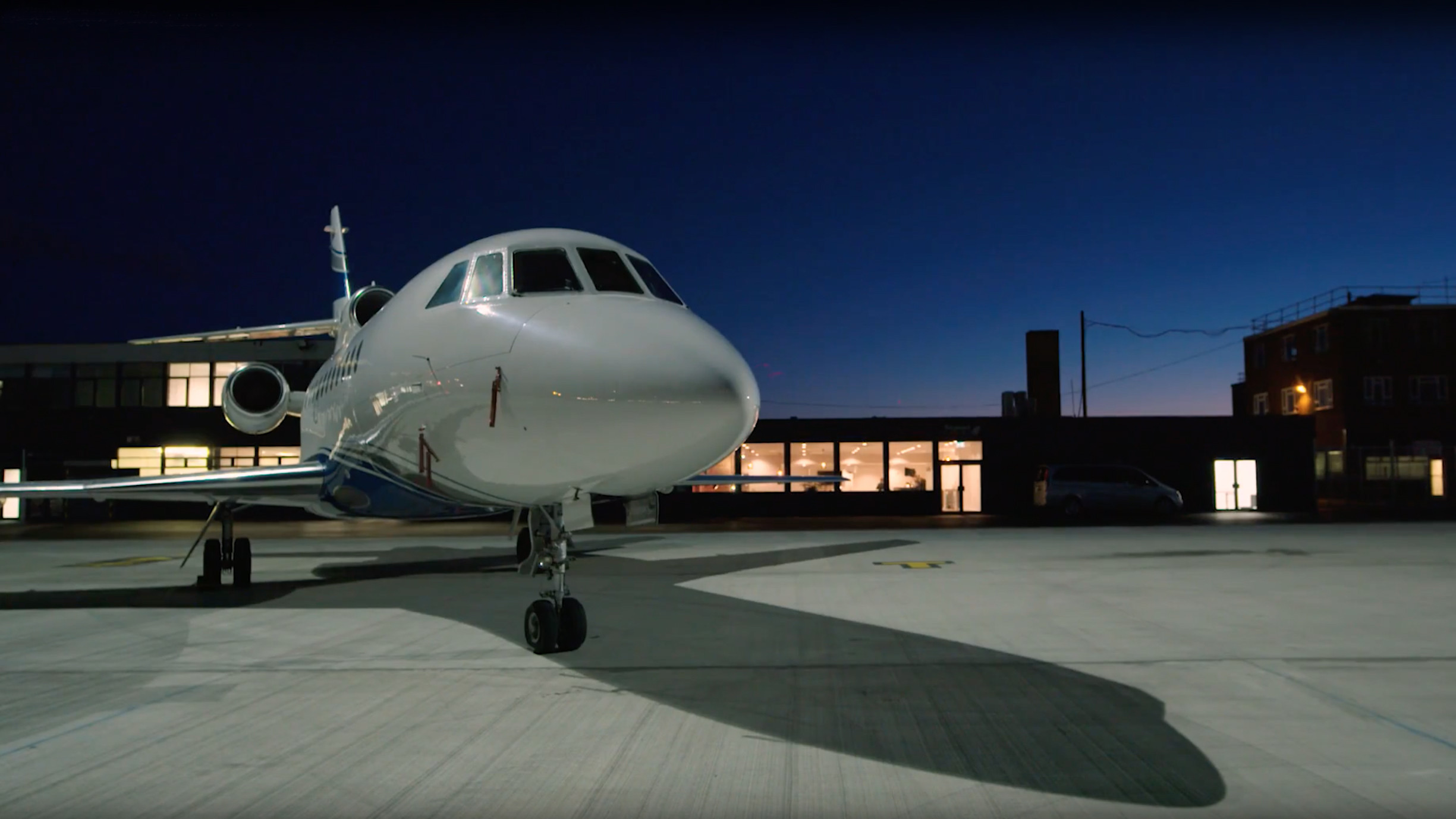 London Southend Airport recognises its responsibility to manage environmental impacts of the activities, products and services in all areas of business view our Environmental Policy Statement below.